Theme: Energy currency. Energy as the fundamental Measure of Price, Cost and Value

To describe the Dalmatia Split region you need to start only with the words biggest, most beautiful, centre etc. This area is the largest one in Dalmatia region. The biggest city of Dalmatia is the city of Split and is true representative of Dalmatia.

Split is an economic, administrative, educational, sport and tourist centre with just over 200,000 inhabitants, and is the largest city on the Adriatic coast.

Split is also one of the oldest cities in the area. While it is traditionally considered just over 1,700 years old counting from the construction of Diocletian's Palace in AD 305, archaeological research relating to the original founding of the city as the Greek colony of Aspálathos (Aσπάλαθος) in the 6th century BC, establishes the urban tradition of the area as being several centuries older.

Split had a large ship-building industry that helped Yugoslavia become one of the top countries in that field, as well as a substantial port. 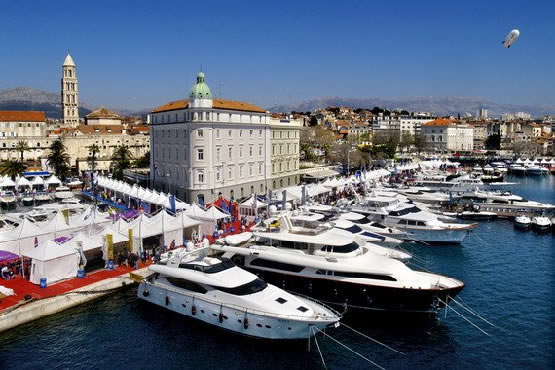 Since Croatia's indepdence, Split has suffered as its once strong industry entered into decline although it has recovered somewhat in recent years. Nowadays, Split is one of the fast growing cities of Croatia and it’s worth seeing. 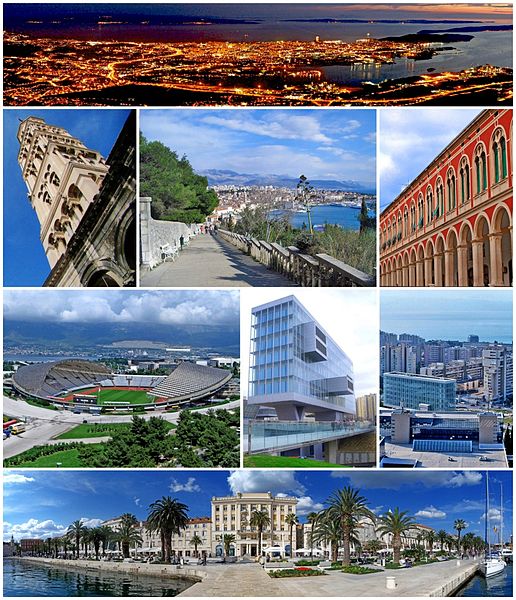 Here are some of Split's best sights:

Obviously, the most important sight is Roman Emperor Diocletian's Palace. Do not miss the opportunity to visit the Peristyle which is the main open space in the palace and is surrounded by a colonnade of six columns to the eastern and western sides and an arch, decorated with garlands, in the centre. 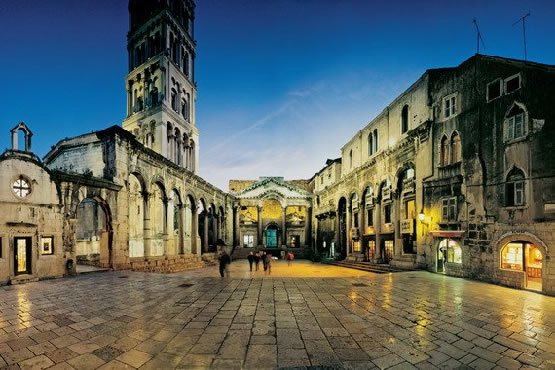 On the eastern side of the Peristyle is this cathedral. Originally built - at the same time as the palace - as a mausoleum for Emperor Diocletion (who died in 313 AD), his remains vanished a few centuries later. In the 7th century, those who hadfled nearby Salona after it was attacked turned the mausoleum into a cathedral - and placed in it the bones of their Bishop, Domnius, whose execution had been ordered by Diocletian himself. 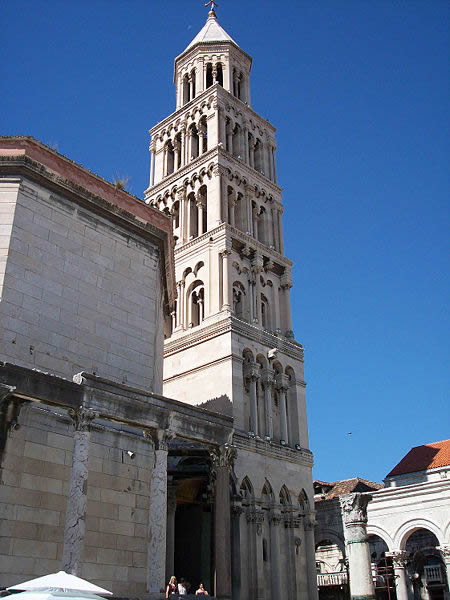 On the western side of the palace is the Narodni trg on which is the old town hall, which was built in the 15th century. The town hall houses an ethnographic museum (worth visiting) which was established in 1910. nearby is a city museum. 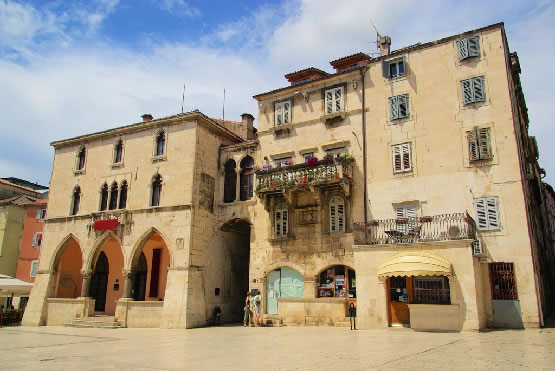 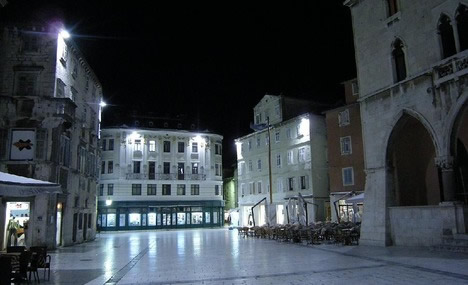 Statue of Gregory of Nin (Grgur Ninski in Croatian)

One of the most visited sights in Split is this remarkable statue by Ivan Mestrovic. Grgur Ninski was a Croatian religious leader from the 10th century. The big toe on the statue's left foot is shiny gold, having been rubbed by many people over the years - rubbing it is said to bring good luck. 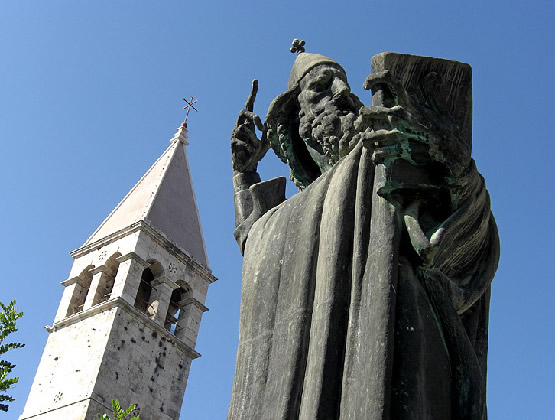 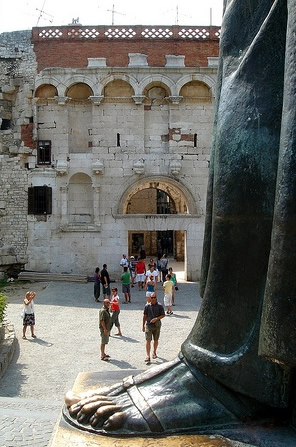 The famous Croatian sculptor Ivan Mestrovic designed this villa, which was completed in 1939, to use as his summer residence. The gallery was opened in 1952 and houses over 200 of Mestrovic's works. 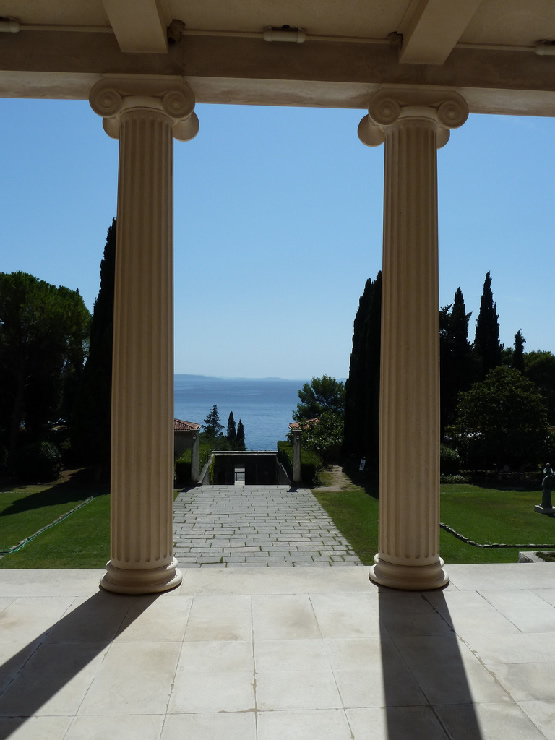 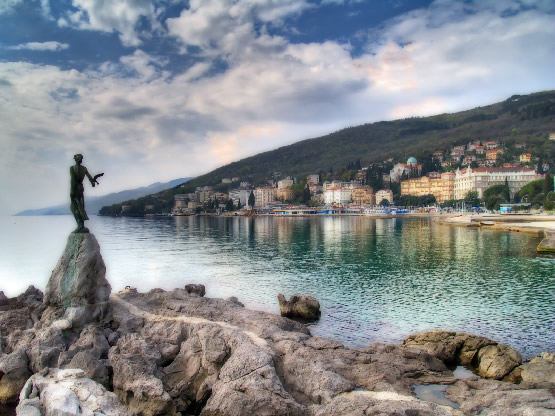 Besides the sightseeing in Split, the town makes an excellent base for exploring the wonders of Split-Dalmatia county not to mention the many islands that lie just offshore. From Split, you can easily visit Solta and Brac, Omis, Trogir, Brela Beach, Baska Voda and Makarska.

Invited speakers include both leading alternative currency theoreticians, practitioners who have designed and introduced complementary currencies currently in circulation, and their critics.